eSafety provides online training through a scalable learning management system (LMS). As a whole, the eSafety team is dedicated to delivering better safety training to their customers by thinking big and prioritizing their customer’s needs. As a growing company focused on continuous improvement, eSafety had big goals for their marketing strategy and partnered with Evenbound to make them happen.

Along with a newly aligned marketing & sales team through HubSpot, eSafety saw the following results in 2020:

A long-term partnership with Evenbound and a brand new HubSpot consulting service helped eSafety realize these results. Let’s take a look at how we got here.

Building a digital presence to draw in & convert the right leads

eSafety had an adequate digital presence they had built primarily through paid advertising, but they weren’t actively developing content, had disparate marketing tools that weren’t working together, and didn’t have the SEO support they needed to rank well on search engines. They were looking for more qualified leads, and they were invested in developing a marketing strategy that could help them boost organic traffic, so they could become less reliant on paid advertising.

A complete inbound marketing strategy from the ground up

Evenbound came on as eSafety’s marketing team in 2016, with a goal of tackling all of these issues from the ground up. At the time, eSafety wasn’t in a place where it made sense to buy into a new CRM, so we started with the basics of a solid inbound marketing strategy. 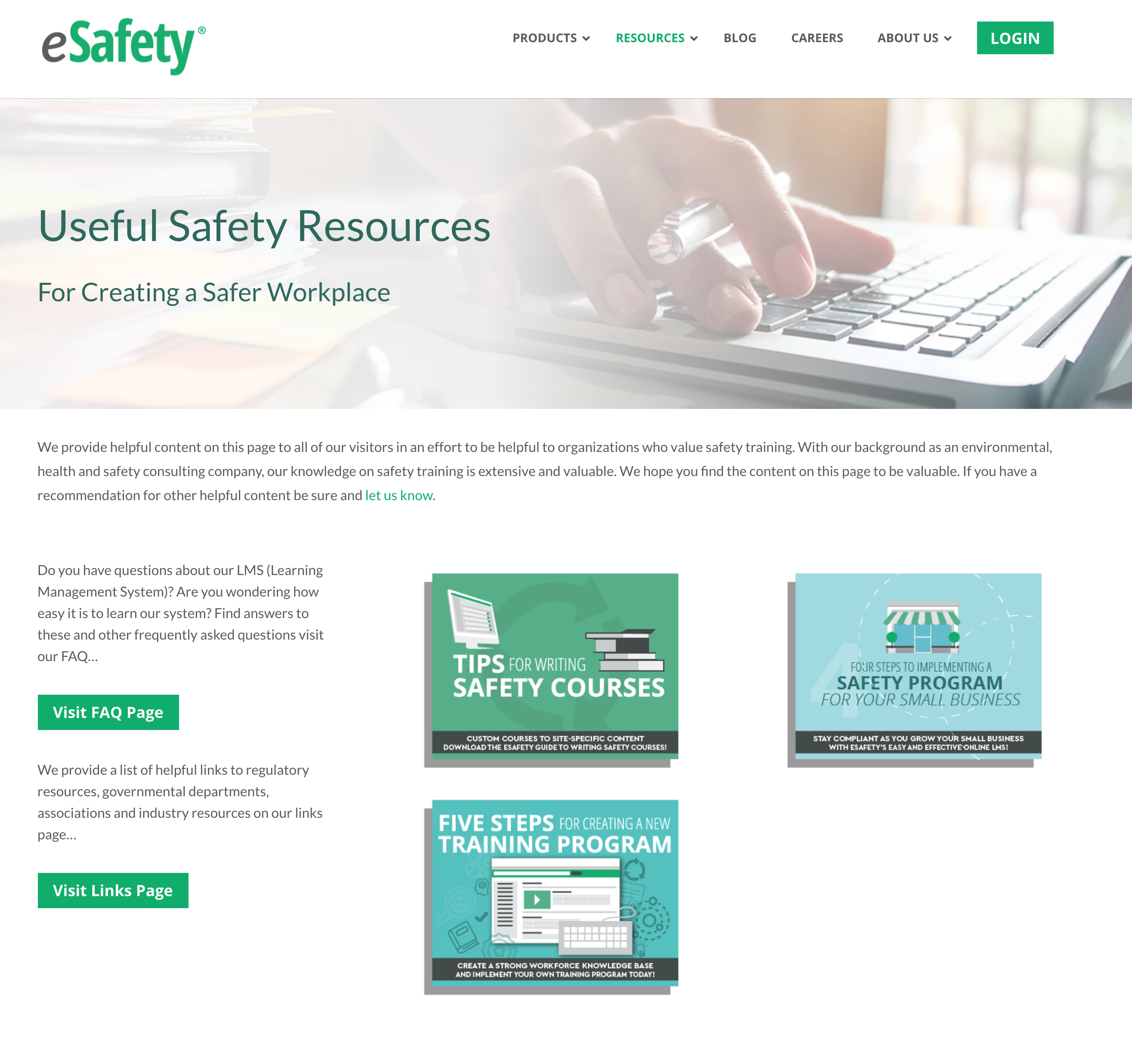 We identified key buyer personas, did our due diligence on keyword research, and started implementing content marketing, email marketing, and SEO best practices on the website.

By optimizing their services pages and refreshing their website to improve both usability and searchability, eSafety saw a significant increase in organic traffic.

Here’s what eSafety’s Marketing Director, Jacqueline Young had to say about our efforts to improve their digital presence, with a big focus on refreshing their website:

Those initial inbound marketing efforts took care of drawing in the leads, but now we needed to convert them. We developed landing pages and calls-to-actions for both high value and soft conversion points. eSafety now has options for prospective leads to:

All of which work to convert leads at all stages of the buyer’s journey. 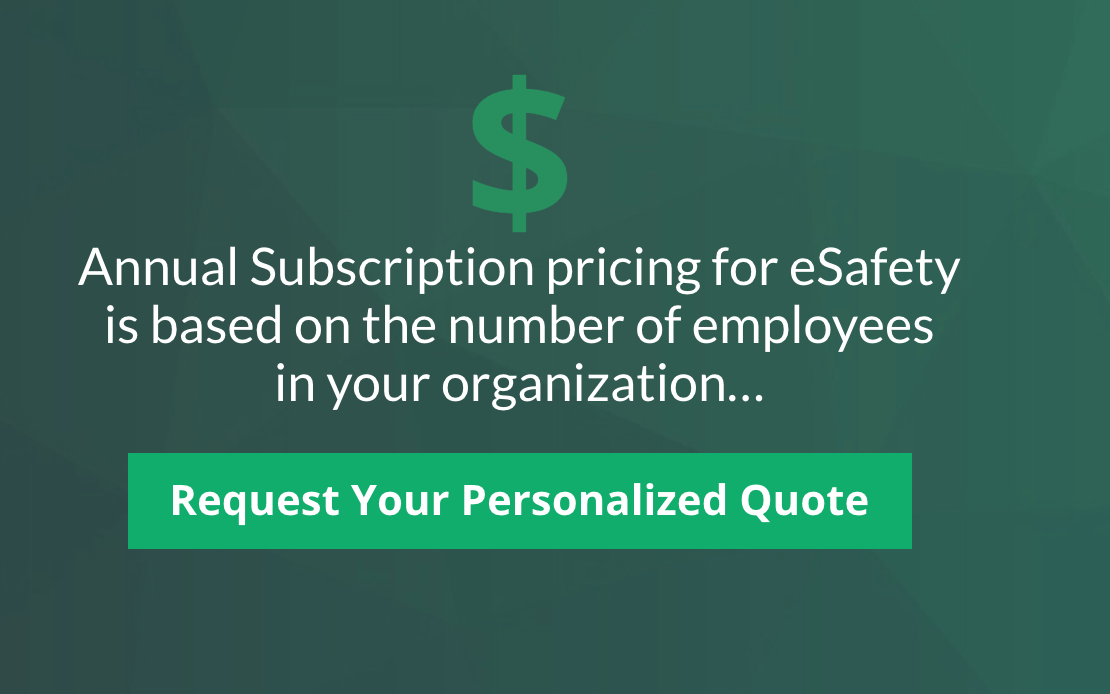 Our marketing efforts were successful. The tactics we implemented to prioritize SEO, content development, and importantly, conversions were driving more traffic, and converting more of the right leads. Take a look at their 2020 marketing stats:

eSafety had a ton of qualified leads rolling in and converting. And the majority of leads were coming in from our organic marketing efforts. In fact, they had so many leads coming in from organic traffic, they were able to cut their paid ads budget in half, “without skipping a beat”, says Jacqueline:

But, even with all of those qualified, organic leads converting, there was one problem that remained.

Where do all the leads go?

We knew we were delivering the traffic and leads that eSafety wanted. But, neither our team nor eSafety’s team had the visibility to see how all of our hard work was contributing to the bottom line. They were still using a range of marketing tools, from Insightly to Mailchimp to Gravity Forms, and they were using Zapier to connect them all, which meant they often ran out of “zaps” through the month and had to be thoughtful in creating new campaigns and landing pages, and make sure to turn off any old or unused zaps.

When eSafety signed on with Evenbound they were curious about HubSpot, but hadn’t been in a position to make the transition. They had used a number of CRMs in the past that had worked for where their company was, but they now needed a more robust solution that could support their quickly growing team. After working with Evenbound for years and seeing positive results, they decided to give HubSpot a shot.

The short story? They love it

eSafety is one of our best HubSpot clients. They opted for a HubSpot consulting partnership with Evenbound, which would empower them to truly take the CRM into their own hands, and use it in the way that best fits their team. As consultants, we were able to walk alongside them at every step, providing training, custom reporting support, and answering any questions they had about HubSpot tools and features they might find helpful. The eSafety team took that support and became true HubSpot power users. They built HubSpot to fit their team, and have since seen some serious results.

The numbers eSafety wants, and the power to track every lead from start to finish

The eSafety team is a team of HubSpot power users who have truly taken charge of the platform and made it work for them. And the platform has done wonders to connect our marketing efforts with the rest of the team, so everyone from Evenbound, eSafety’s marketing team, their sales team, and beyond, can see exactly how marketing is delivering success to the sales team.

eSafety has incorporated custom reports to see important statistics like New Clients by Lead Source, Marketing Deals Created on a weekly and monthly basis, leads per month, new clients per month, and even where all of those leads are coming from. 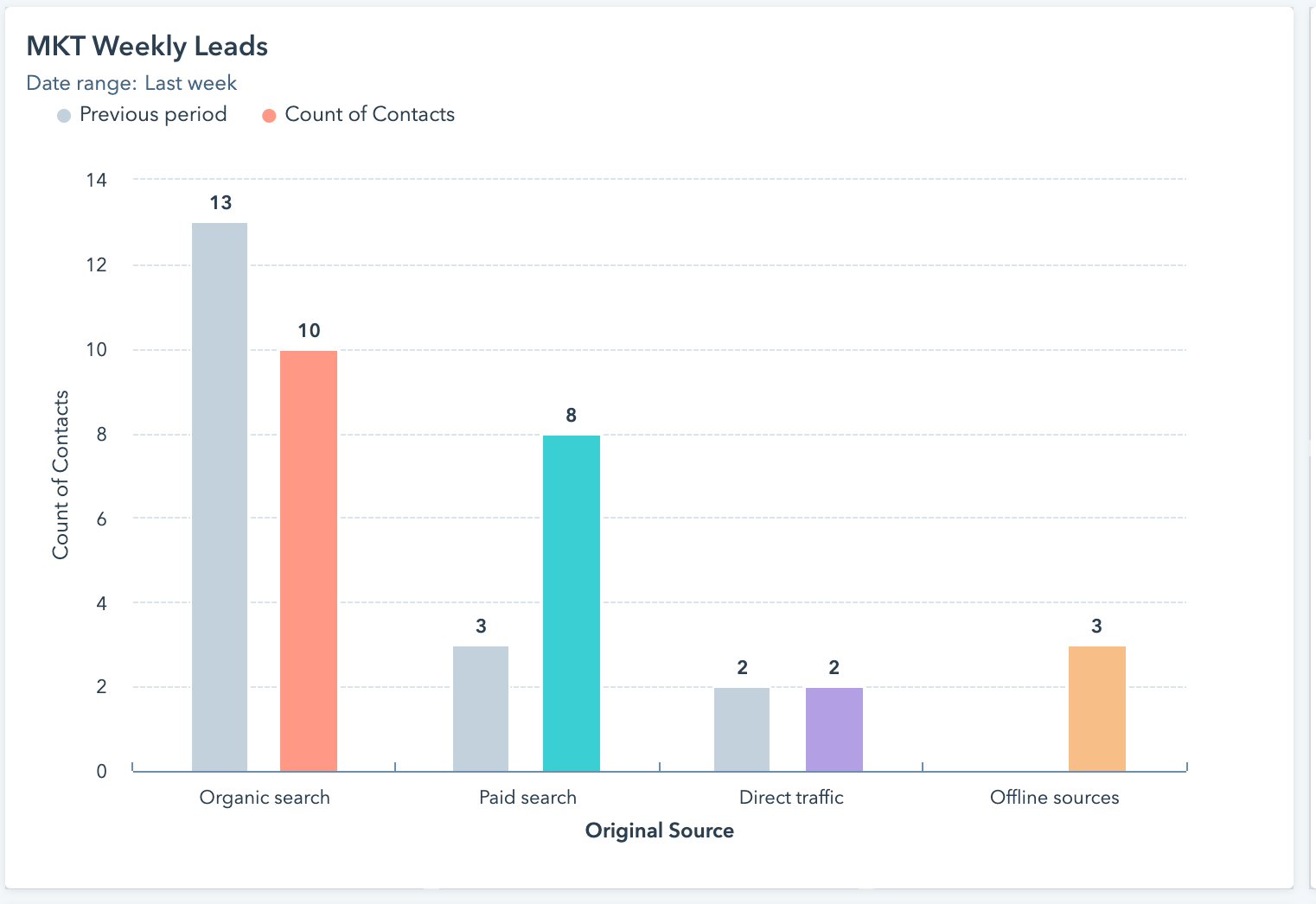 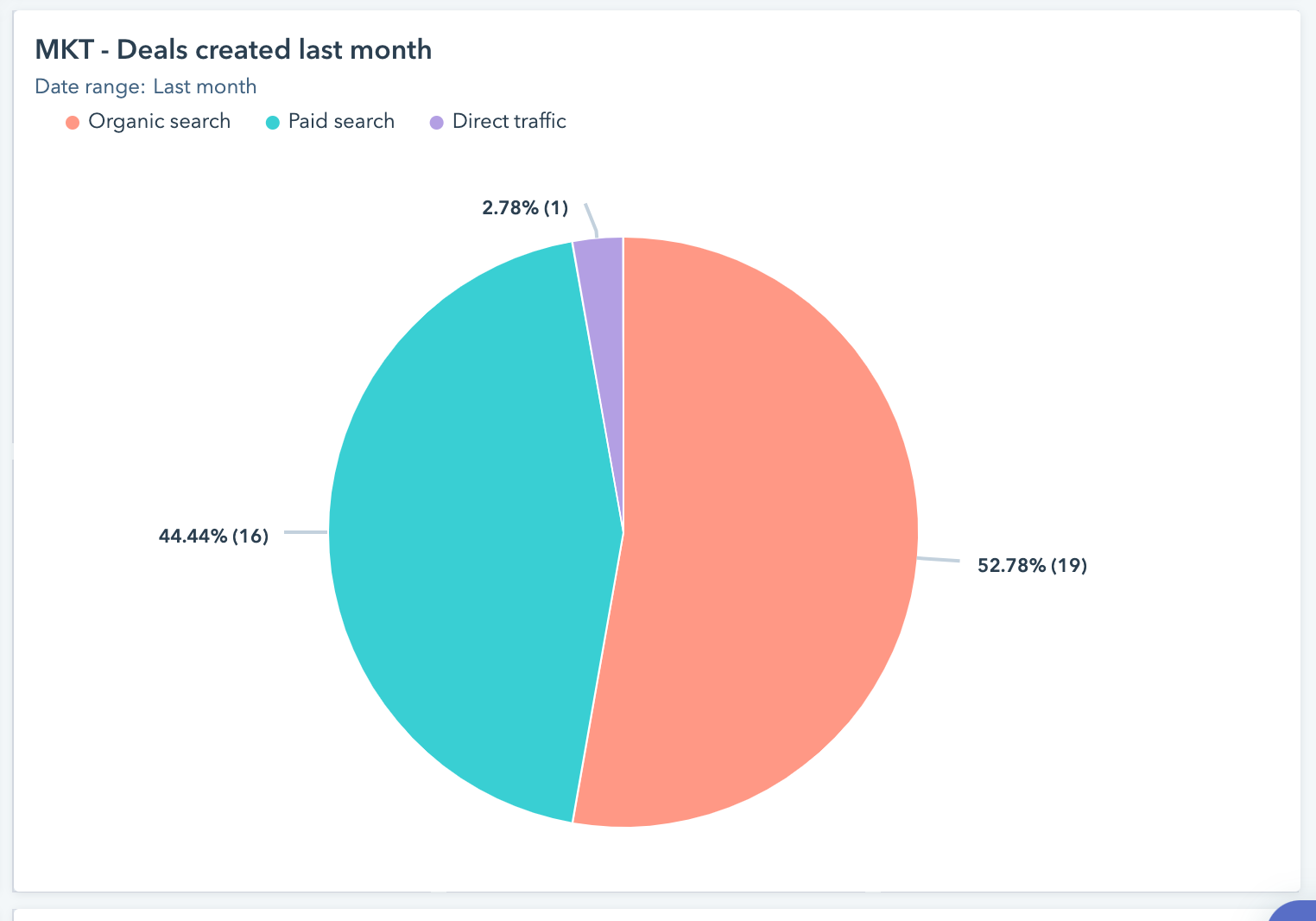 Here’s what Jacqueline had to say about how HubSpot helped improve eSafety’s marketing process:

eSafety has everything they need to tie their marketing efforts to their sales success. And their access to all that data is working. Take a look at their marketing stats, just from when they onboarded to HubSpot in August of 2020. Since then, they’ve pulled in 486 new contacts and 27 new customers. With the help of HubSpot, we can see exactly how these marketing results are contributing to sales. 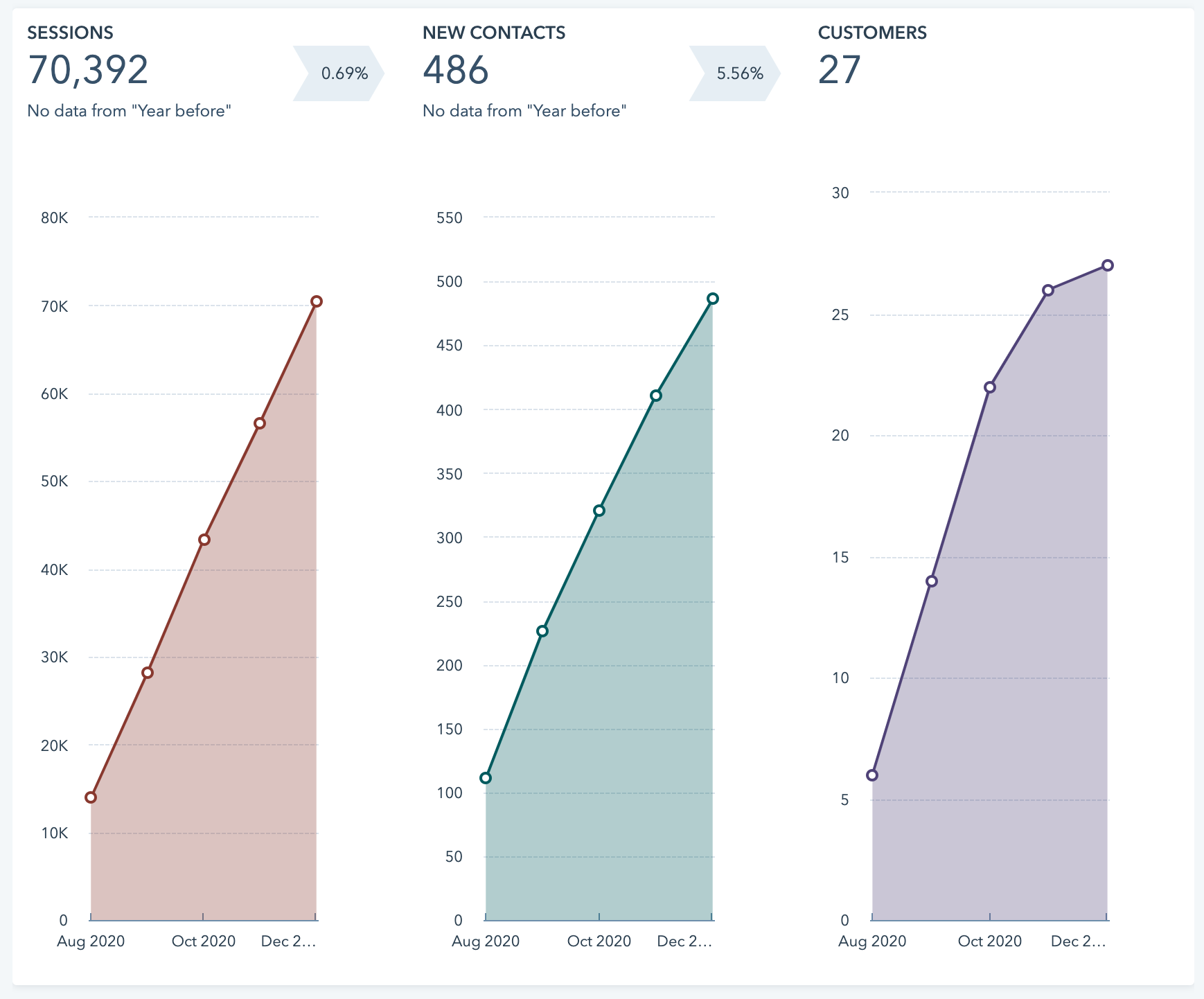 In 2020 alone, eSafety has closed 509 deals in their HubSpot sales pipeline. Take a look at their Deal Closed Total chart for this year. Throughout the year, and especially since moving to HubSpot in June, eSafety’s sales revenue has continued to climb. The leads and contacts that our marketing efforts draw in are converting into closed deals, delivering significant revenue growth for the eSafety team. 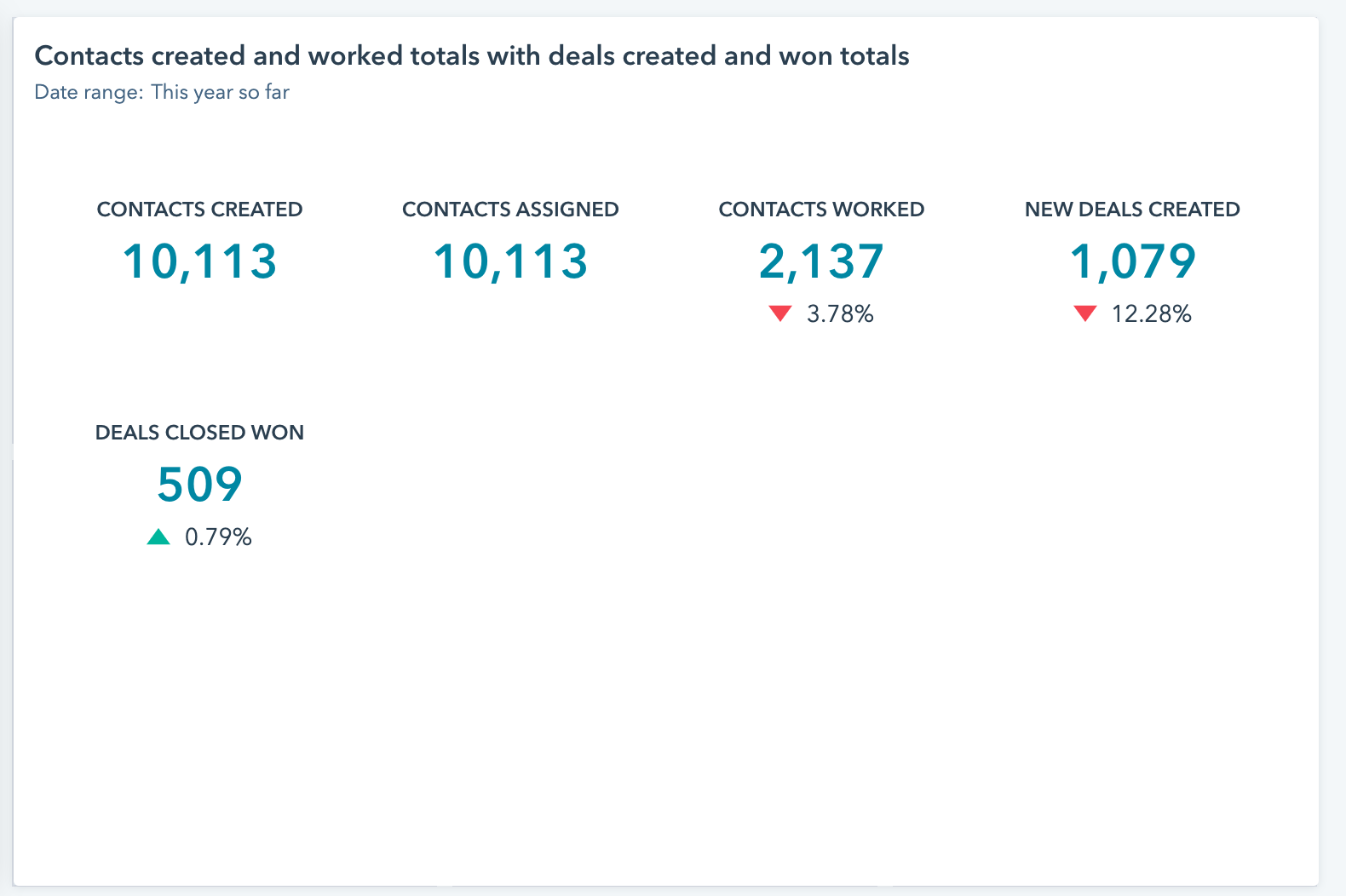 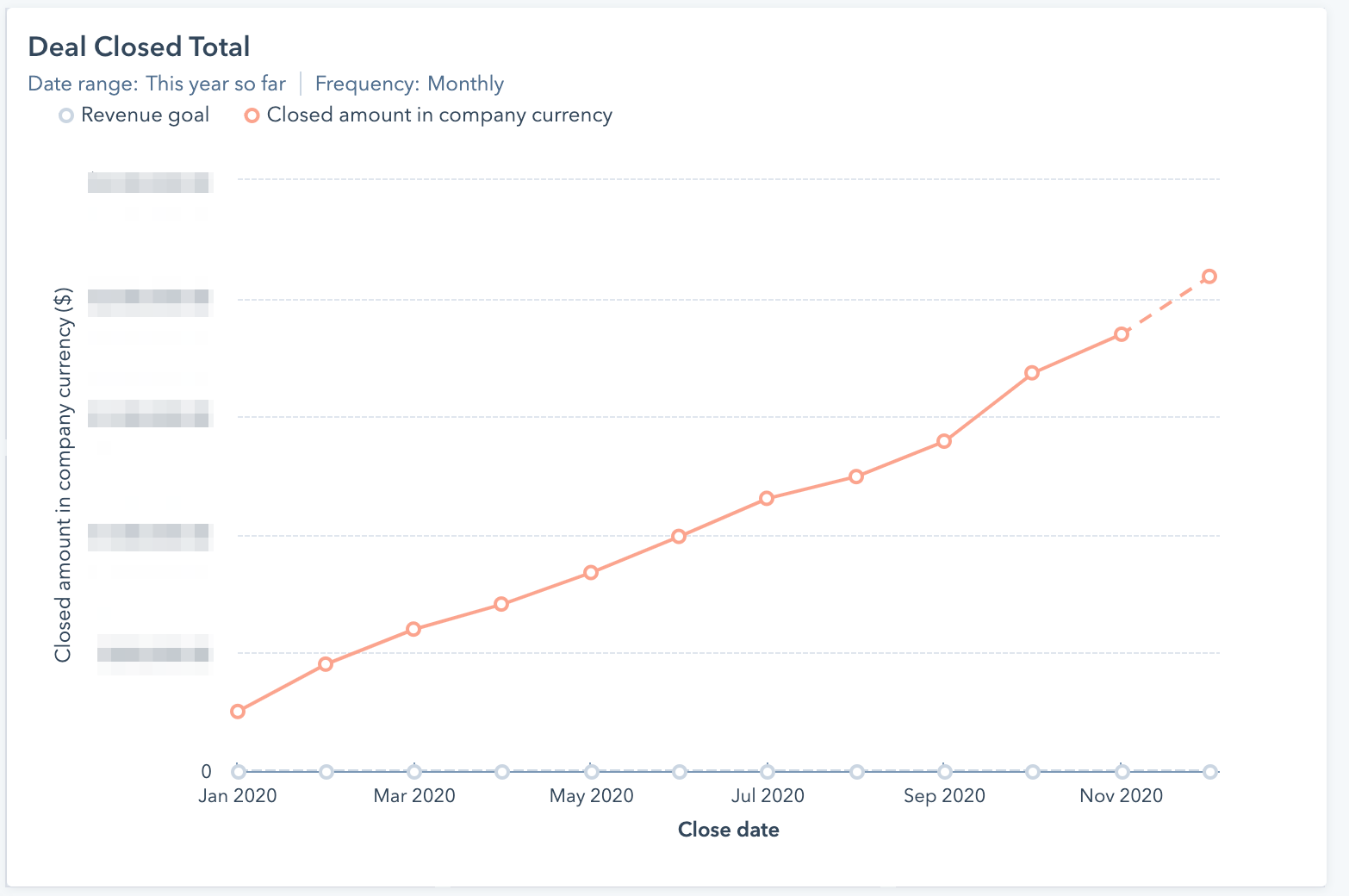 Those are some serious results, and let’s give credit where credit is due. The eSafety team is the real champion of this success story. They are HubSpot power users, and their ability to take this platform and make it their own is what helped them realize results like these. We’re happy to see how well their hard work is paying off, and we’re excited to continue this partnership into 2021.

At Evenbound, we're all about helping our clients grow. We use inbound and outbound marketing strategies to deliver you the qualified traffic and leads you need for serious growth. And we have a lot of fun doing it.

Join the Evenbound Community! Get updates on recent Evenbound news.